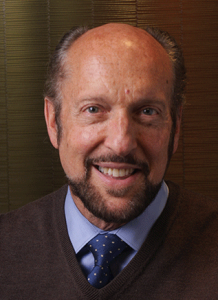 Around the holiday season, it is hard to miss a movie, book, or religious message about the joy of giving. Most of us have experienced the gift of giving at least some time, if not often. There are even medical studies suggesting the physical and mental health benefits of giving.

Perhaps less often experienced and less well understood is the meaning and the benefits of forgiving.

According to Fred Luskin Ph.D., director and co-founder of the Stanford University Forgiveness Project— (world famous for bringing Protestants and Catholics in Northern Ireland to sit at a table across from each other)—most of us have profound misconceptions about the meaning of forgiveness.  If we have been hurt, many are not even interested in thinking about forgiving. Further, many of us can readily name someone who has committed an unforgiveable act against us; one that we do not plan to forget that as long as we live!

Several patients have thanked me for giving them one of Dr. Luskin’s books.  For some, this has been as valuable as any therapy, herb or dietary supplement in enhancing their health and well-being. Here are some excerpts from an Introduction:

“Picture the crowded screen in front of the harried air traffic controller. Picture the chaos in the room and the jumble of planes on the screen. Now imagine that your unresolved grievances are the planes on that screen that have been circling for days and weeks on end. Most of the other planes have landed, but your unresolved grievances continue to take up precious air space, draining resources that may be needed in an emergency. Having them on the screen forces you to work harder and increases the chance for accidents. The grievance planes become a source of stress and burnout is often the result.”

What Forgiveness is NOT:

You may have doubts that forgiveness will help you as much as I claim. You may think that by forgiving you are somehow letting the other person get away with their actions, or that forgiveness means reconciling with someone who hurt you. You might be still searching to understand why someone was cruel to you, and you don’t believe learning to forgive is going to help you find the reason. Or you have suffered for a long time and are just plain suspicious of anything that sounds like a cure. If this is you in any way, you are not alone. I confront it every time I teach a new class.”

So, this year, as you consider your resolutions and goals, why not give yourself the sweetest and most caring gift of all….forgive someone who has wronged you.

From: Forgive for Good by Frederic Luskin; Harper Collins, 2002.