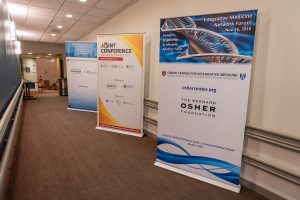 In the lead up to the 20th Anniversary of the Osher Center for Integrative Medicine at Harvard Medical School and Brigham and Women’s Hospital, Senior Program Manager, Aterah Nusrat, interviewed former directors and faculty members of the Osher Center.

Watch the following interview clips with Dr. Helene Langevin, Dr. David Eisenberg and Professor Kaptchuk as they share their reflections on their time with, contributions to, and aspirations for the Osher Center for Integrative Medicine.