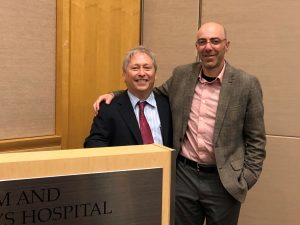 On September 10th, 2019, Dr. Vitaly Napadow, Director of the Center for Integrative Pain Neuroimaging (CiPNI) at Massachusetts General Hospital, presented research exploring the known and unknown in the links between respiratory rhythm and vagus nerve physiology and clinically-applied stimulation.

The rhythm of the breath is fundamental. Breathing is controlled by both autonomic and volitional processes – we don’t need to think about breathing in order to breathe, but we can also significantly speed up or slow down our respiratory rate. Conversely, the respiratory rhythm can itself impact cognitive, emotional, and sensory processing via inhibitory and facilitory connections from the respiration central pattern generator, the Ventral Respiratory Group, in the medulla of the brainstem.

Furthermore, transcutaneous vagus nerve stimulation (tVNS) is a promising therapy for several visceral and brain disorders such as migraine, depression, and visceral pain. As the primary afferent relay for the vagus nerve lies in the medulla and is differentially influenced by different phases of the respiratory rhythm, we have proposed that Respiratory-Gated Vagal Afferent Nerve Stimulation (RAVANS) can enhance brainstem targeting, leading to enhanced clinical outcomes. This concept may also underlie theories of respiration rhythm influence on acupuncture needle insertion and stimulation, as evidenced in traditional Chinese medicine texts.

Watch the video below. 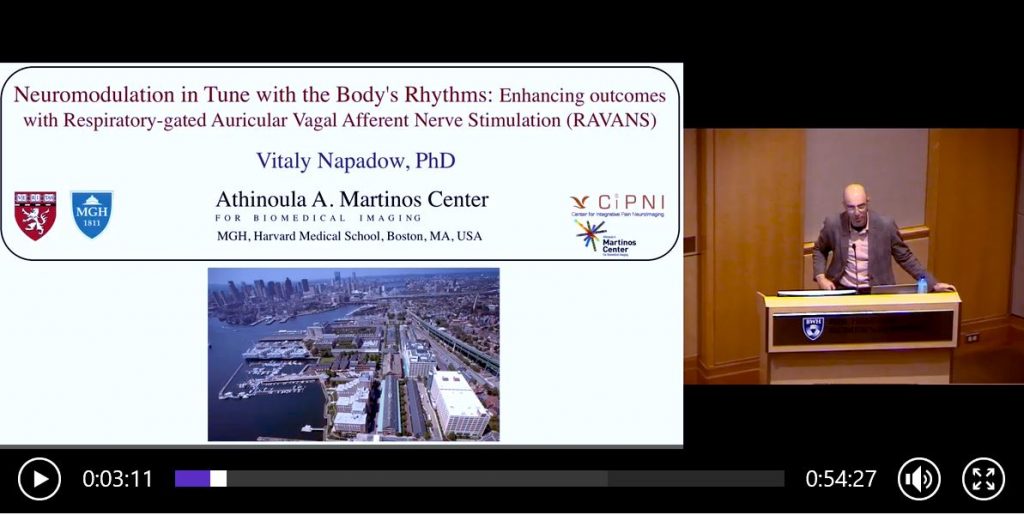