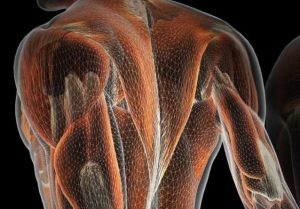 Drs. Donald Levy and Matthew Kowalski, from the Osher Clinical Center, were recently quoted by Consumer Reports regarding non-pharmacological treatment of back pain.

“In February the American College of Physicians—which represents primary care doctors, the providers people consult most often for a backache—issued new guidelines for back-pain treatment, saying that the first line of defense should be nondrug measures.

That advice is backed up by a new nationally representative Consumer Reports survey of 3,562 back-pain sufferers. It found that more than 80 percent of those who had tried yoga or tai chi or had seen a massage therapist or chiropractor said it had helped them.” Consumer Reports

Dr. Levy, the Medical Director at the Osher Clinical Center, shared his views on how conventional treatment often fails because “it focuses on individual symptoms and broken parts”. Instead, he said, “doctors should be thinking about treating the whole patient—helping people get stronger, which will not only speed recovery but also help prevent future episodes of pain.” (For advice on how to do that, see “New Thinking On How to Relieve Back Pain.”)

Dr. Kowalski, a chiropractor at the Osher Clinical Center shared his views on how “Relief is often on the other side of activity,” and that “A good practitioner should teach you some exercises that you can do on your own, and also talk to you about the ergonomics of your daily activities, such as how you sit at your desk.”